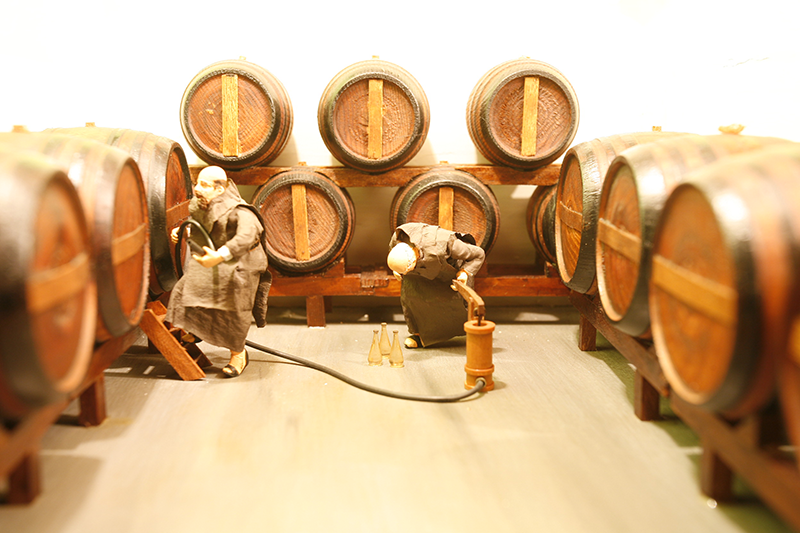 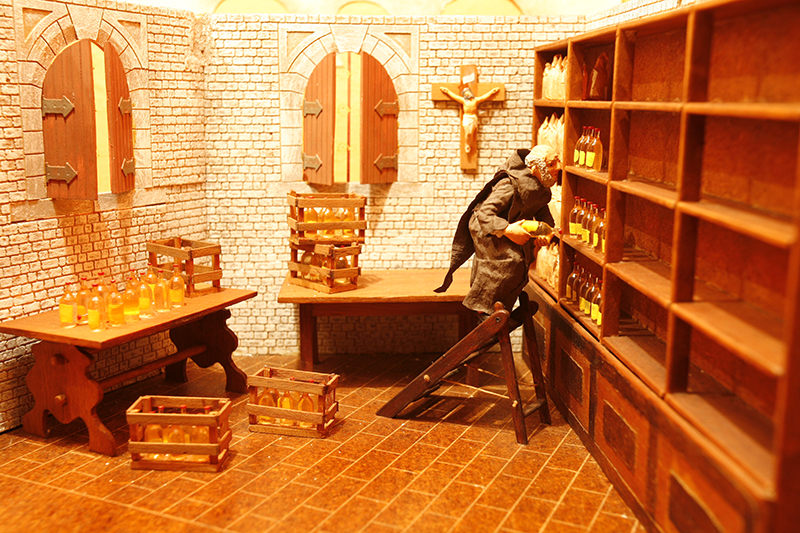 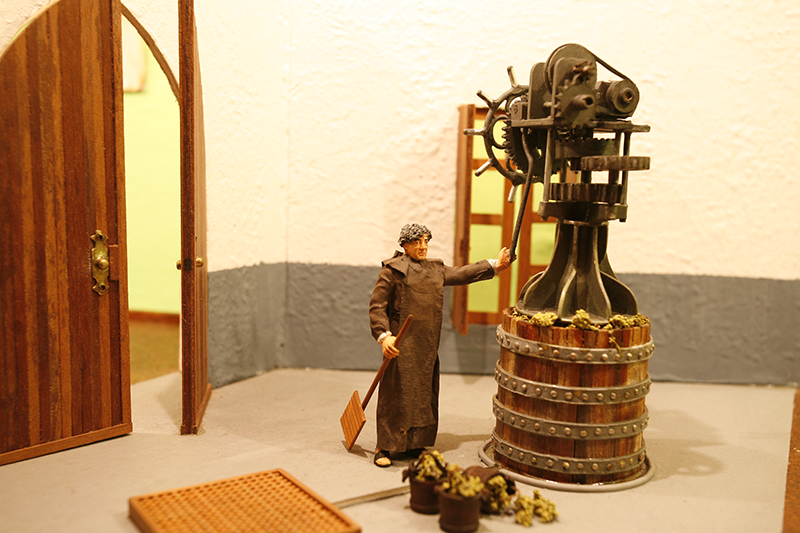 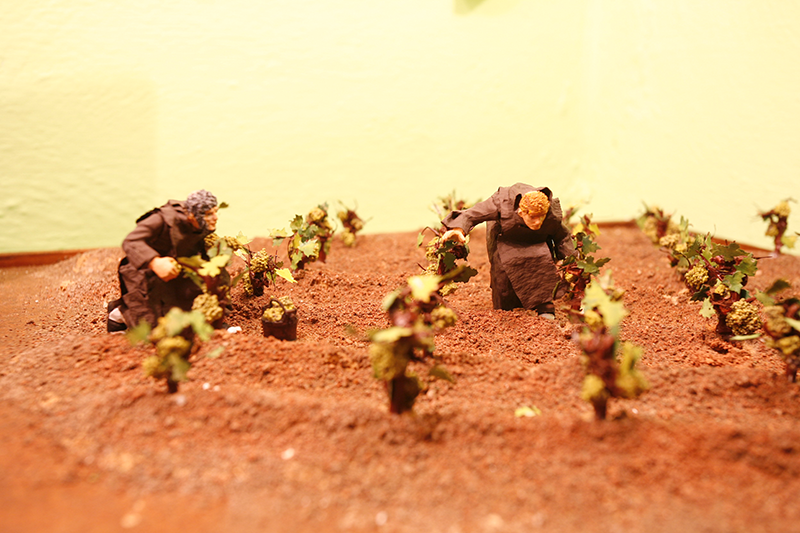 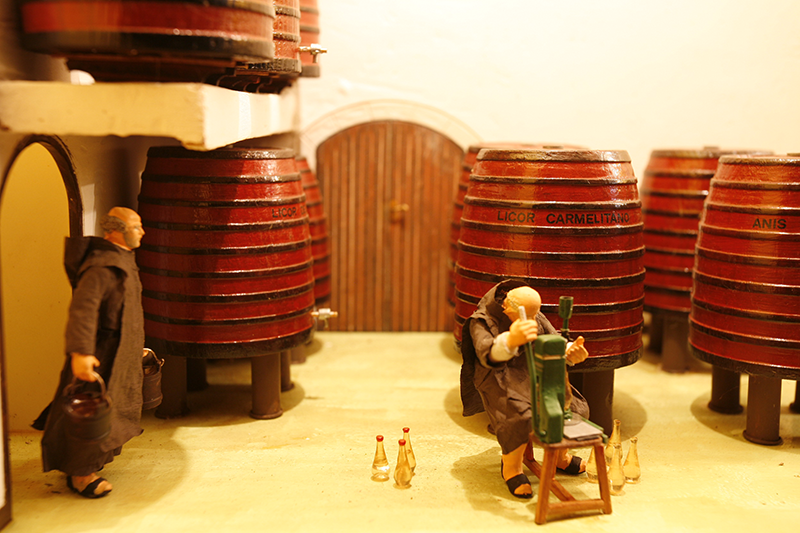 The religious order of the Discalced Carmelite Fathers, born on Mount Carmel, Palestine, came to Europe and was integrated in the spiritual movement of the mendicant friars.

In the 17th century, The Carmelites arrived in the Desierto de las Palmas where built a monastery, among them was Fray Antonio de Jesús María, outstanding for his knowledge and expertise in aromatic herbs. Soon after, the monastery turned into a Novitiate House and Carmelites had to attend the needs of novitiates. For this reason, they came up with the idea of marketing an aromatic spirit, made from the myriad of native herbs of the Desierto de las Palmas.

A still was installed in the basement of the monastery and by around 15 October 1896, the first bottles of our inimitable liquor were sold.

Given the difficulty of transporting the products, the Carmelites thought of the possibility of moving the distilleries to Benicasim, and by 1912 the current wineries and distilleries were founded, elaborating our fine Liquor, from a broad range of products, combining ancient guidelines and artisanal recipes with today’s most advanced technology. 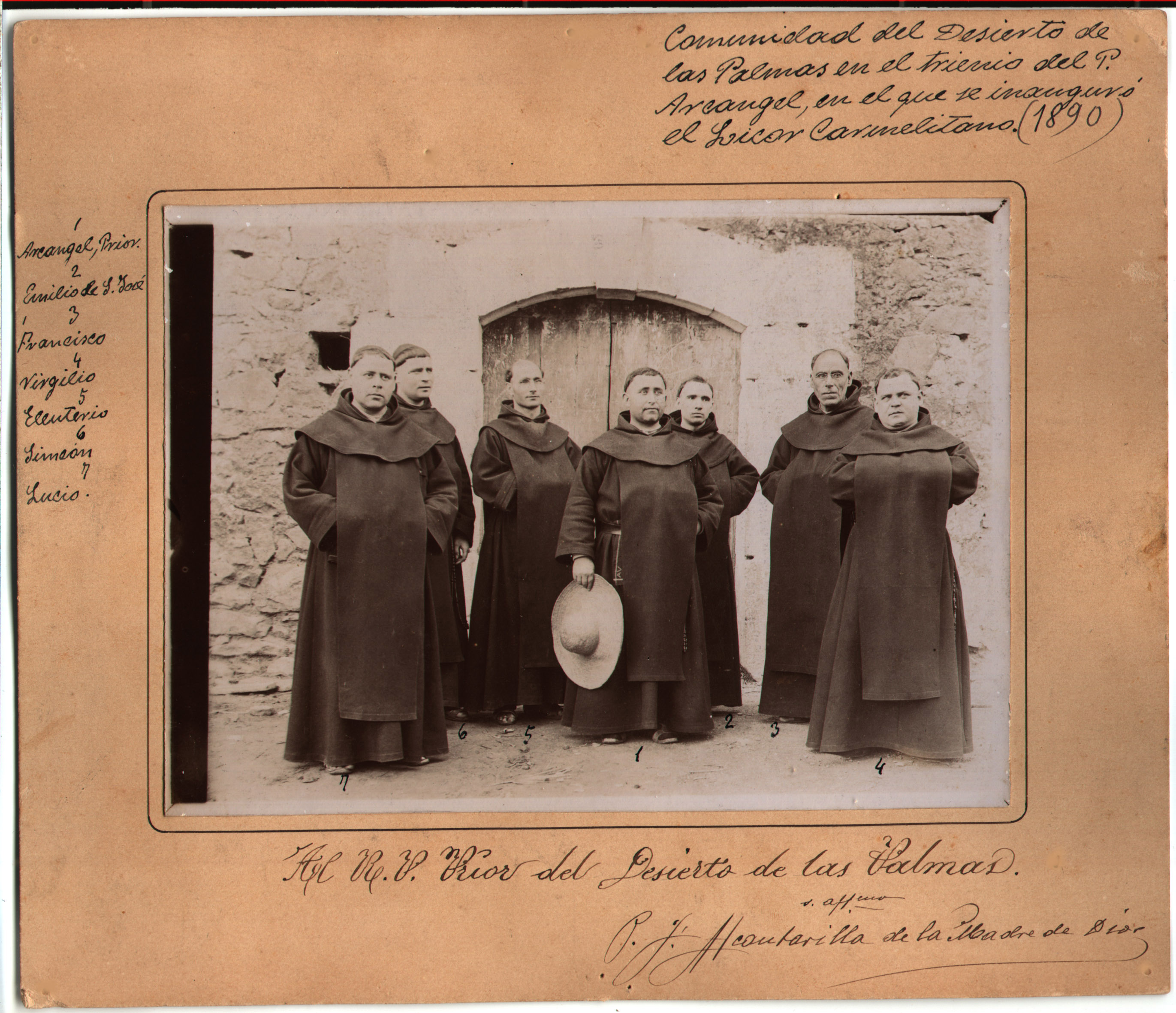 One day the Carmelites came to the mountains from the Desierto de las Palmas (Desert Palms), so called due to the abundance of a variety of palms that grow there, and they fell in love with of solitude and beauty they found and decided to build a monastery, the source of many a proclaimer of the word of God.

This monastery soon turned the Desierto de las Palmas into a powerful spiritual attraction, a focus for people from different religious orders. One of the monks attracted there was Fray Antonio de Jesus Maria, a Carmelite who, among other things, was famous for his study of aromatic herbs.

When it became a seminary, the order had to meet the needs of novices, with their education and their training, so they decided to market an aromatic drink, extracted from the myriad of herbs that are in the mountains of the Desierto de las Palmas and whose formula is still a closely guarded secret.

Consequently, some small stills were installed in the cellars of the monastery, along with the other necessary supplies, and it was around 15 October 1896, the celebration of Saint Teresa of Jesus, that the first bottles of our famous liqueur were sold. The fact that a religious order, normally devoted to prayer and to working the land decided to produce a spirit and distribute it all over the world, was unheard of in 1896.

The Carmelitano Liquor Factory incorporated new market developments over time: the state-of-the-art still brought from France; it was the first company to contribute to the Social Security system in the province of Castellon. The product labels were translated, particularly into English, and the design and presentation of the brand were changed by the draftsmen of the church community. 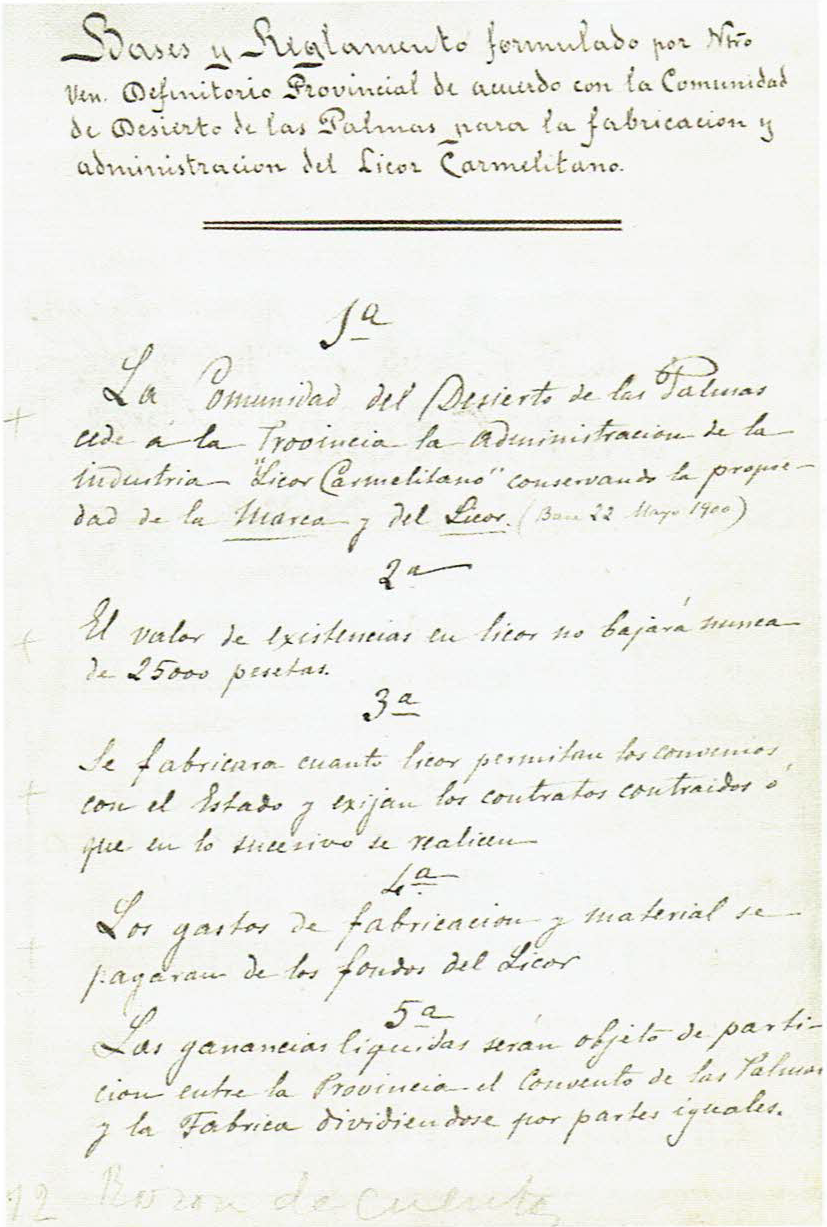 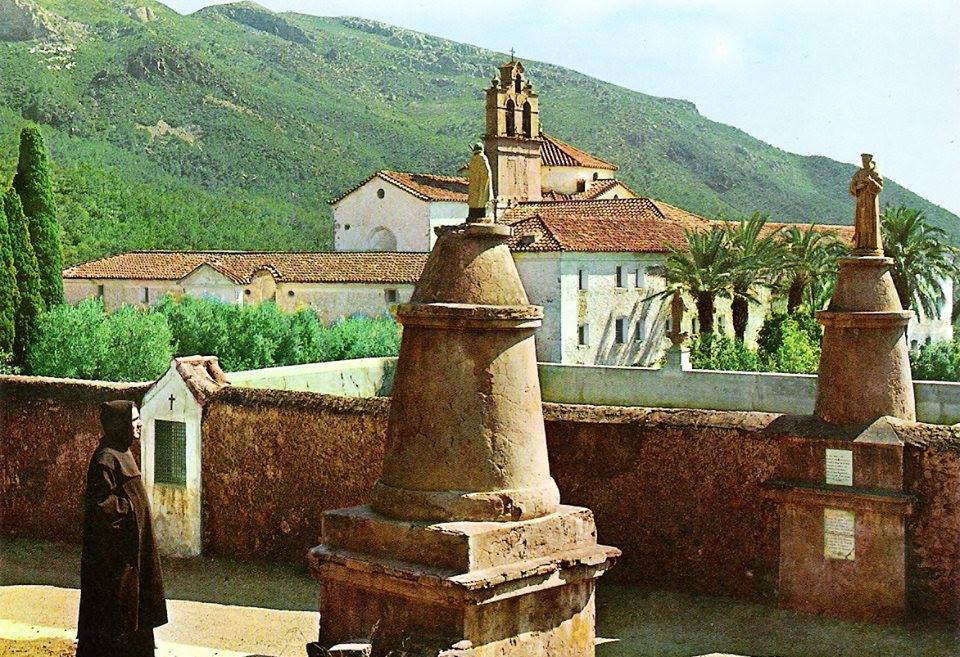 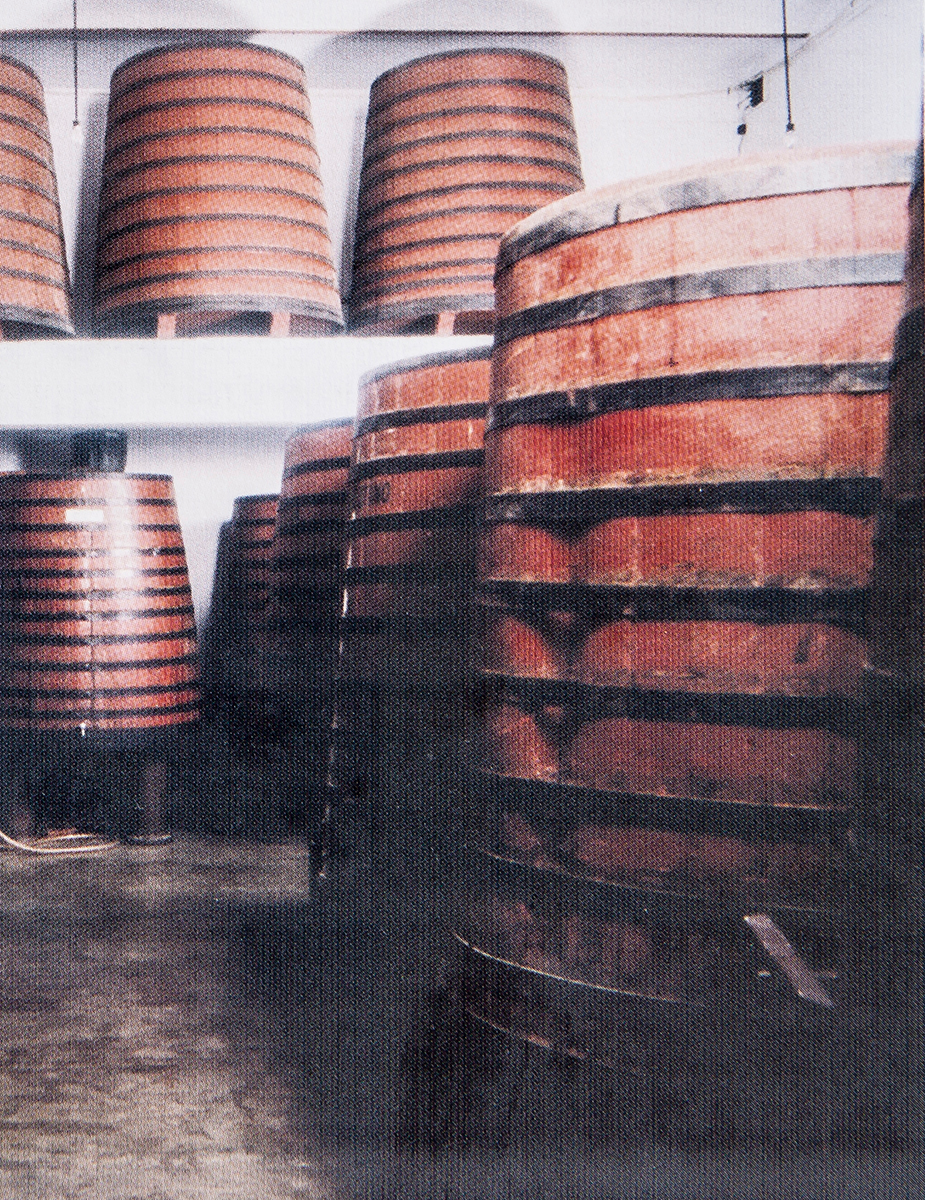 Production that had started in the convent cellars was moved to a building known as the “old factory” which later became a youth hostel.

Liquor Carmelitano, exhibitor number 88 at the Valencian Regional Exhibition in 1909, along with 1.377 other Valencian firms, received a Gold Medal of Honour Diploma at this and the following national exhibition in 1910.

Given the shipping difficulties, because all transportation was on horseback, the distilleries were moved to the town of Benicassim, on the Costa de Azahar. In those days the building was known as “The Factory”.

This move was made when Father Bernardino de Jesus Maria was in charge of the Order; this was when the current wineries and distilleries were founded, and where, besides our exquisite liqueur, developed by the ancient and traditional process, the Carmelitano product range was expanded to muscatel, altar wine and coffee liqueur, among others), combining old recipes and traditions with modern techniques.

The firm was sold in 1991, although ownership continued within the congregation.

On June 10, 2009, Carmelitano was awarded a plaque for their participation in the Regional Exhibition of Valencia 1909. The plaque was jointly granted by the City Council of Valencia and the Valencia Chamber of Commerce. 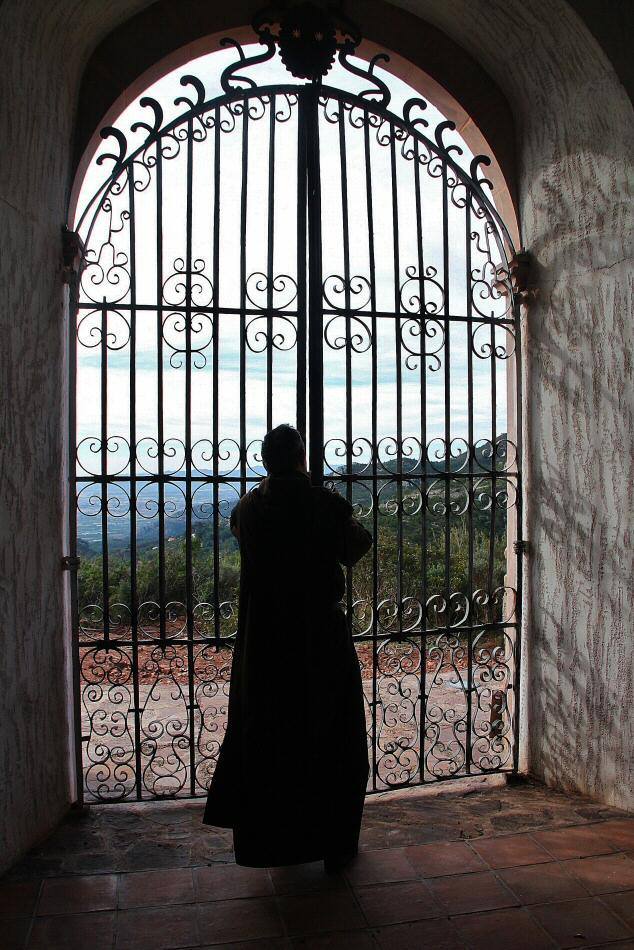 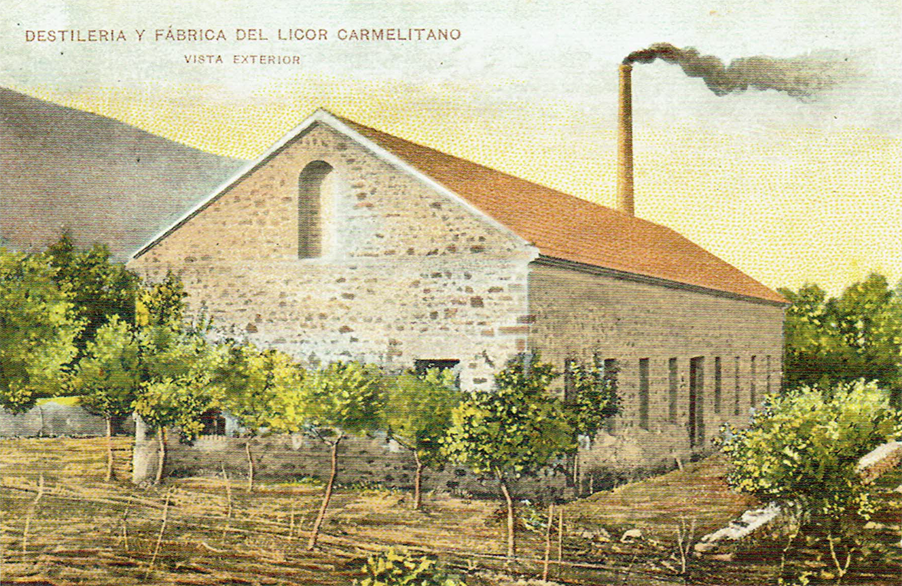 A long process of research and development gave birth to 119 London Dry Gin, the Premium gin of Carmelitano wineries and distilleries, fruit of the hard work of our master distiller Manuel Blasco Vallés. 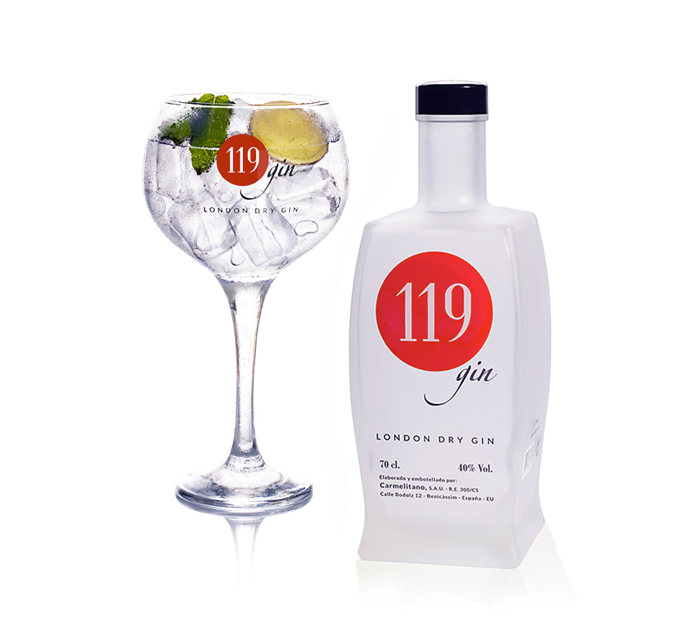 In March 2016, 119 London Dry Gin was awarded the Silver Medal at the San Francisco World Spirits Competition, one of the most prestigious competitions worldwide in the wines and spirits industry.

The same year, our Premium gin was also awarded the gold medal at the Catavimum World Wine & Spirits competition held in Vitoria, confirming the quality and exquisiteness of the first premium gin from Benicassim.